This is a quick tutorial on creating interweaving effect with paths generated by Vector Path and SpiroGraph plug-ins.

You’ll need a rotating brush to follow along, here is mine –  spirograph_brushes , or you can make your own, whatever…

Here is an example of the effect we’re after: 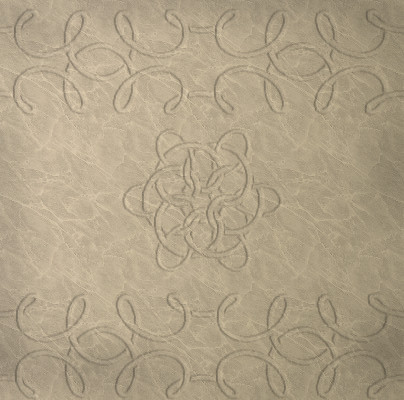 The below steps are there to just demonstrate an idea, you do not need to follow precisely.

You will have generated two paths.

Stroke each path with an animated brush on a separate layer.  In Gimp 2.8 brush doesn’t follow path correctly by default ( stroke is skewed).

The workaround for this is to set brush dynamics to “Dynamics Off” and select the “Emulate Brush Dynamics” option in the “Stroke Path” dialog. 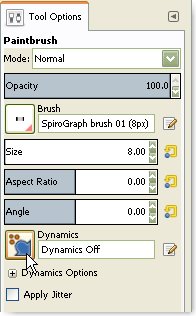 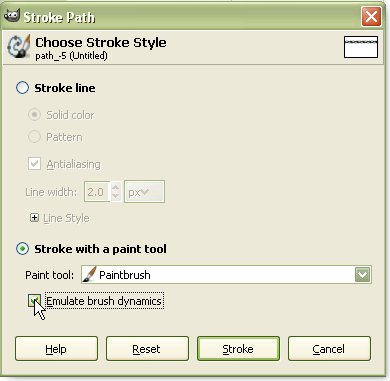 This should make the brush follow the path correctly.

Now, you would have 2 layers with the path stroked from the opposite ends.

Duplicate layer 2 and hide the original (for backup, in case you make a mistake and want to go back). 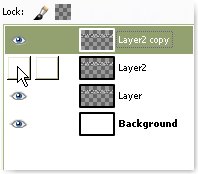 Building on this concept, another example.
Here is a path that has a spiral-like (i.e. telephone wire) progression in one direction.

To build more complex patterns, I like to make the base stroke more symmetrical. By following the steps outlined above,

Next, I will  merge the two layers and call it Layer 1, duplicate it twice (duplicated copies flipped vertically). I will also move them on Y axis until I see pattern I like.
Place one of the duplicates below and one above Layer 1, like a sandwich 😉 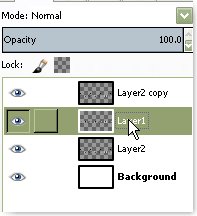 You can repeat these steps as many times as needed and produce really complex designs. I will stop here though… 😉

With the SpiroGraph plug-in, process is the same.
Run the plug-in with Reverse option selected. Stroke the paths on separate layers. Delete parts of the top layer. 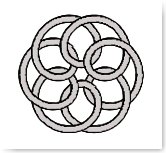 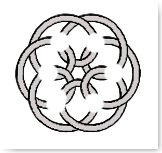 To add more complexity, merge the result, create another path, stroke it on a new layer, duplicate that layer, place one copy above and below the original. 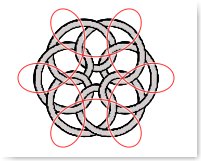 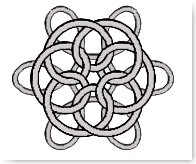 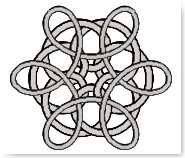 Delete parts of the top layer. 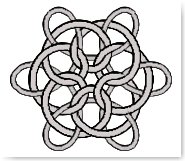 Again you can go as complex as you want. Just keep track of all the layers and give them descriptive names. It can get messy!

You need a copy of a layer above and below each other layer you want it to interweave with. Then delete parts of those copies depending on “depth” you are in. Hope this makes sense. 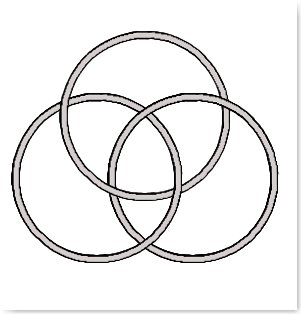 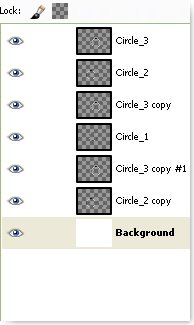 Here are the XCF Files I used for this demo.

If you have any questions or feedback, I’d be glad to hear from you. Use the comments below.

This entry was posted in GIMP Plugins, Tutorials, Uncategorized. Bookmark the permalink.